Gov. Eric Holcomb issued seven pardons to convicted criminals during his first year in office, including a man who spent eight years in prison despite evidence he was wrongly convicted of armed robbery.

Indiana Gov. Eric Holcomb has named state Rep. Holli Sullivan as the next secretary of state. Sullivan, who represents a district in southwestern Indiana and is currently vice chair of the state Republican Party, will replace Connie Lawson, who is resigning as Indiana’s longest-serving secretary of state.

Indiana Secretary of State Connie Lawson on Monday announced plans to resign from office after Gov. Eric Holcomb “selects a successor and the successor is ready to serve.” Lawson, 71, is the longest-serving secretary of state in Indiana history. She was appointed to the office by then-Gov. Mitch Daniels in March 2012 and was elected in 2014 and 2018. 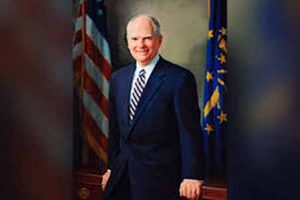 Former Indiana Gov. Joseph Kernan, a gregarious Democrat who spent 11 months as a prisoner of war in Vietnam and served as mayor of South Bend, died Wednesday morning after a battle with Alzheimer’s disease. He was 74.

It’s been roughly nine years since a hard-fought legal battle over the creation of a new Hoosier welfare system ensued between the state of Indiana and IBM Corp. And on Thursday, the long-lasting litigation returned to the Indiana Supreme Court, which this time must answer a multi-million-dollar damages question.

The collapse of an oil company linked to the Pence family in 2004 was widely publicized. Less known is that the state of Indiana — and, to a smaller extent, Kentucky and Illinois — are still on the hook for millions of dollars to clean up more than 85 of the company’s contaminated sites, including underground tanks that leaked toxic chemicals into soil, streams and wells.

The Indiana Lawyer took home three awards Friday in the 2017 Best in Indiana contest hosted by the Indiana Professional Chapter of the Society of Professional Journalists. 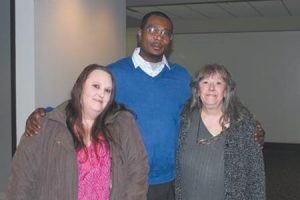 IBM said Monday it will appeal a judge’s ruling that the computer services giant owes Indiana a net of nearly $78.2 million in damages for breaching a contract to modernize and privatize the state’s welfare systems. 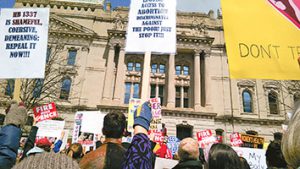 Under the administration of Gov. Mike Pence, legal fees paid to the American Civil Liberties Union of Indiana have soared beyond $1.4 million and may approach $2 million, according to an Indiana Lawyer analysis. 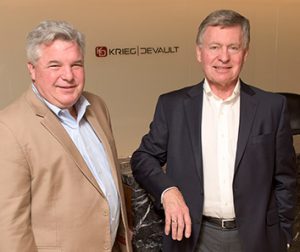 Riding out the storm

The Indiana Supreme Court’s ruling for the state in a nearly six-year-old IBM suit is what the contract drafters “believed all along.”

A bill that critics said would limit the information private university police departments must make public was vetoed Thursday by Gov. Mike Pence. The bill was passed just before the Indiana Court of Appeals ruled in favor of ESPN, which seeks records the University of Notre Dame police refuse to make public.

IBM breached its master services agreement with the state in its failed bid to privatize and modernize Indiana’s welfare systems, the Indiana Supreme Court ruled Tuesday, more than six years after the state sued the tech giant over the $1.3 billion contract.

The upcoming retirement of one of Indiana's Supreme Court justices has legal observers speculating on when the court might rule in a long-running dispute over IBM Corp.'s failed attempt to privatize Indiana's welfare services.

Indiana's Supreme Court justices grilled attorneys for the state and IBM Corp. on Thursday about the company's failed attempt to privatize Indiana's welfare services, which prompted the state to cancel IBM's $1.3 billion state contract less than three years into the 10-year deal.

The state Supreme Court will decide a dispute between the state of Indiana and IBM over the company's failed attempt to privatize public welfare services. 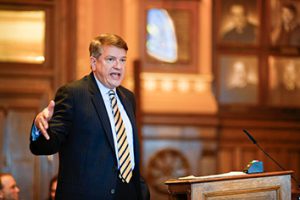 Indiana Court of Appeals judges spent the better part of a 90-minute oral argument Nov. 25 focused on whether a trial judge’s order applied the proper legal standards in awarding $62 million to IBM after the state canceled its $1.3 billion contract to overhaul Indiana’s welfare administration.

From bridge builder to Boilermaker

Steve Schultz is settling into his new position as Purdue’s first in-house counsel.

Judicial appointments made to Marion and Vanderburgh Superior courts

In one of his last official acts as governor of Indiana, Mitch Daniels appointed judges to the Vanderburgh and Marion Superior courts. When the two judges will assume their new duties has not been determined.