Home » Gunman who shot southern IN judges to serve 8 years 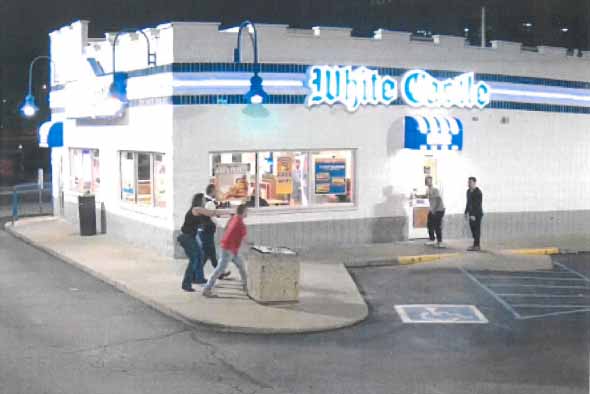 The gunman convicted of battery in a 2019 early-morning shooting that involved four Indiana judicial officers will serve eight years in prison.

Brandon Kaiser was sentenced Friday to a total of 16 years, with eight years served.

The sentence came after he was convicted last month of multiple counts of felony battery for the May 1, 2019, shooting that put Clark County judges Andrew Adams and Bradley Jacobs in the hospital with bullet wounds. Former Crawford County Judge Sabrina Bell and Clark County Magistrate William Dawkins were also present at the scene.

The judges were in Indianapolis for the spring judicial conference on the day of the shooting. After a night of drinking, they ended up at the White Castle restaurant on South Street, where a brawl ensued with Kaiser and his nephew, Alfredo Vazquez.

Adams and Jacobs were fighting Kaiser and Vazquez, and eventually Kaiser opened fire, striking Adams once and Jacobs twice. Bell hid and called 911 while Dawkins tended to Jacobs’ wounds.

In the fallout, Adams, Bell and Jacobs were each temporarily suspended from the bench without pay, and Adams pleaded guilty to a misdemeanor battery charge. He later lost his reelection bid, while Bell stepped down from the bench following an unrelated criminal charge.

Jacobs was not criminally charged in connection with the shooting, and he remains on the Clark County bench after running for reelection unopposed in 2020. Dawkins was neither disciplined by the Indiana Supreme Court nor criminally charged.

Vazquez also pleaded guilty to misdemeanor battery and was sentenced to one year of probation. Adams’ sentence was suspended without probation.

“This dispute should never have occurred and ultimately led to significant and lasting consequences for all involved,” Marion County Prosecutor Ryan Mears said in a Friday statement announcing Kaiser’s sentence. “Today’s resolution holds all three individuals charged in this matter accountable for their actions.”

Kaiser’s three-day trial last month marked the first time any of the four judges had publicly discussed the shooting at length. Their testimony for the prosecution was frequently emotional, and both Adams and Jacobs raised their shirts to show jurors their scars from the operations they underwent following the shooting.

Other prosecution witnesses described in graphic detail the aftermath of the shooting.

Kaiser, who took the stand, presented a theory of self-defense.

In addition to the seven battery felonies, Kaiser was also convicted of misdemeanor carrying a handgun without a license.