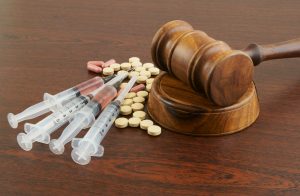 Indiana Supreme Court justices have split in denying transfer to a drug case, with the chief justice writing in dissent that the defendant’s maximum sentence should be reduced because he didn’t have access to problem-solving courts. 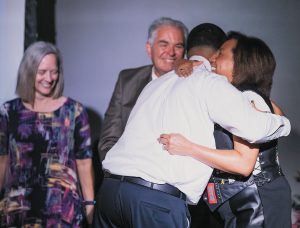 Indianapolis attorney Andrea K. Marsh writes that she doesn’t understand why Marion Superior Court is terminating the Marion County Family Recovery Court 18 months before the grant funding for it would end. 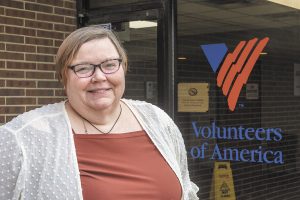 The Marion Superior Court Executive Committee has announced the family recovery court, which started in 2010, will be closing at the end of the month. Dwindling participation along with concerns about how the program was being operated have been cited as among the reasons for the decision to stop. But stakeholders and graduates say the closure will have a devastating impact, rippling beyond the participants to their children and extended family members.

Allen County OWI court first in Indiana to be certified

Allen Circuit Court’s Operating a Vehicle While Intoxicated Court has become the first of its kind in the state to receive full certification. 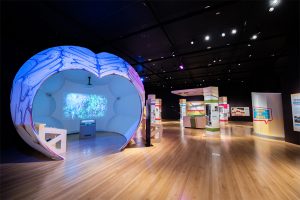 Isolation, economic anxiety and fear of the coronavirus were dangerous fruits of the COVID-19 pandemic, particularly for individuals struggling with a substance use disorder, experts say. Bundled together, those factors made for a devastating year of increased drug overdose deaths that reached an all-time nationwide high.

As problem-solving courts continue to expand across Indiana, Allen County is introducing a new program into the state’s suite of specialty courts. Launched in August, the Operating a Vehicle While Intoxicated Court in northeastern Indiana is the first of its kind in the state.

Attorney Brian M. Johnson was appointed the new judge of Knox Superior Court on Monday by Gov. Eric Holcomb, just days after the Knox County Republican Party selected him to be the party’s unopposed candidate on the November ballot.

Attorney Brian M. Johnson has been chosen by the Knox County Republican Party to be the party’s candidate on the November ballot for the Knox Superior Court bench.

Allen Circuit Court is preparing to launch Indiana’s first operating a vehicle while intoxicated problem-solving court, which will provide offenders charged with OWI the opportunity to receive treatment, change their behavior and clear their criminal record. 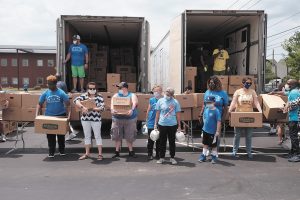 Although many may be skeptical of parents whose children are removed from their care, statistics show that nearly 67% of Hoosier youths exit foster care and are successfully reunited with their moms and dads. Those stories of resilience inspired the Marion Superior Court Juvenile Division and the Marion County Public Defender Agency to celebrate National Reunification Month for the first time in Indiana.

A woman terminated from a problem solving court for violating its conditions who was then ordered to serve her 16-year sentence received a partial reversal from the Indiana Court of Appeals on Wednesday.

A northeastern Indiana judge who intervened on behalf of an employee of his drug court in a dispute with other county officials over her benefits committed judicial misconduct, an agency of the Indiana Supreme Court alleged Friday. 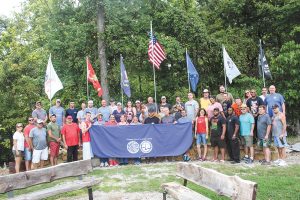 As veterans court programs expand nationwide, the federal government is exploring opportunities to provide additional resources to local courts. If enacted, the Veteran Treatment Court Coordination Act of 2019 would task the Department of Justice with establishing an office to provide additional funding and technical assistance to veterans courts. 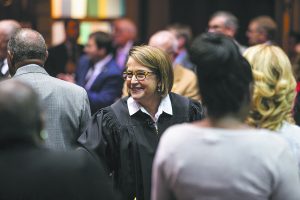 The importance of community collaboration in the criminal justice system — particularly through ongoing reform and problem-solving courts — was the key message of Indiana Chief Justice Loretta Rush’s 2020 State of the Judiciary address.

The importance of community collaboration in the criminal justice system was the key message of Indiana Chief Justice Loretta Rush’s 2020 State of the Judiciary address.

The National Judicial Opioid Task Force was created in 2017 to delve into ways the judiciary could get a handle on the opioid crisis. Co-chaired by Indiana Chief Justice Loretta Rush, the task force’s work culminated late last month in the release of a report that includes four findings and six recommendations for how courts can respond to the current drug scourge and be better prepared for the next addiction crisis. 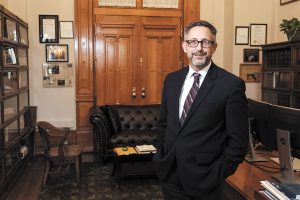 He describes himself as “a kid from a cornfield.” And for Justice Christopher Goff, ties to his cornfield community run deep.

The Indiana Supreme Court has released its annual report, revealing details from the 870 cases it reviewed during the past fiscal year, as well updates on its attempts to address Indiana’s opioid crisis, and its milestones of certifying 100 problem-solving courts and wrapping up the rollout of statewide electronic filing.