The Indiana Supreme Court has named Amy Karozos as Indiana’s next state public defender, according to a Friday announcement from the high court. Karozos, currently a Marion County public defender in the juvenile division, has previously served as a project director for the Indiana Public Defender Council.

Former IPAC leader Powell honored with award in his name

Longtime head of the Indiana Prosecuting Attorneys Council Dave Powell has been honored by the association he used to lead, receiving one award at the annual winter conference and having a second award renamed in his honor.

A former Howard County prosecutor has been cleared of allegations brought by the Indiana Supreme Court Disciplinary Commission that he paid a witness for his testimony in a 2010 murder trial.

Stakeholders from around Indiana shared experiences and expectations regarding pretrial release reform as the entire state moves toward a system less reliant on cash bail beginning in January.

A week after he became acting Marion County prosecutor, Ryan Mears announced the office will no longer be prosecuting defendants accused of possessing 30 grams or less of marijuana. 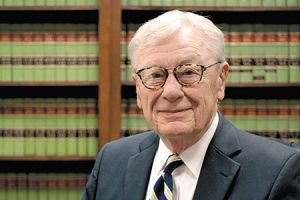 “I’ve had a great career,” said longtime Whitley County attorney and prosecutor John Whiteleather, “and I hope I have contributed back to the community for what it provided to me.” Whiteleather’s colleagues on the bench and bar assure him that he did, recognizing him as the Indiana Bar Foundation’s 2019 Legendary Lawyer.

A new chair has been chosen to lead the Indiana Prosecuting Attorneys Council’s Board of Directors following an election that took place last week.

A new leader has been selected to head the Indiana Prosecuting Attorneys Council as longtime executive director David Powell announced his retirement from the role Thursday. Powell has been a leading Statehouse voice advocating on criminal law matters for nearly a decade.

A victims rights bill inspired by a mother attempting to protect her underage daughter from a sexual predator’s grooming tactics was ceremonially signed Wednesday by Gov. Eric Holcomb, with support from the Indiana Prosecuting Attorneys Council.

Study committees for the 2019 interim period have been approved by Indiana’s Legislative Council and will address dozens of issues for review in the coming months, including several legal-focused topics.

The Indiana Senate has unanimously approved a bill that would ban the release of details in child neglect or abuse deaths to safeguard criminal cases.

A McCordsville attorney and hobbyist photographer who has sued dozens of people for the alleged infringement of his photo of the Indianapolis skyline has lost key rulings in the most recent order in his various cases.

St. Joseph County prosecutor Kenneth P. Cotter has begun his term as chairman of the board of directors of the Indiana Prosecuting Attorneys Council.

A bill meant to codify longstanding sentencing practices related to modification of plea agreements is headed to the governor after it passed the Indiana House of Representatives on Tuesday.

When a court accepts a fixed-sentence plea agreement, prosecutors and defenders alike say the long-standing practice has been for courts to uphold the exact terms of that sentence, absent an agreement between the parties. A recent Indiana Court of Appeals ruling, however, has seemingly put an end to that practice, leading to both a legislative and judicial review of the sentencing issue. 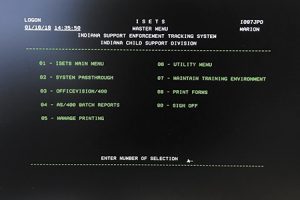 Several times while talking about the statewide computer system that keeps track of child support money, John Owens rapped his knuckles on the nearest piece of wood. Indiana’s technology, dubbed ISETS, processes almost $1 billion in child support payments every year. However, the Department of Child Services says in a report that ISETS is “built on dying technology” from the 1980s. The concern is one day, it will crash for good. 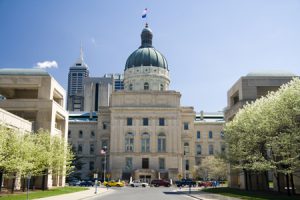